International Cat Day is celebrated every year on 8 August, ever since it was created by the International Fund for Animal Welfare back in 2002.

We've thought of the purr-fect way to honour the occasion and created a timeline of the most interesting, shocking and adorable feline achievements.

Considering that the average litter for a domestic cat is five, 19 kittens is a big achievement. The furry bundles were born in 1970 to a Burmese-Siamese cross belonging to V Gane of Kingham, UK.

In previous editions of the Guinness World Records book, the editors recorded heaviest animals and pets. The heaviest cat of all, for example, was Himmy, owned by Thomas Vyse (Australia), who weighed 21.3kg (46lb 15 ½ oz) when it died on 12th March 1986 at the age of 10 years 4 months. 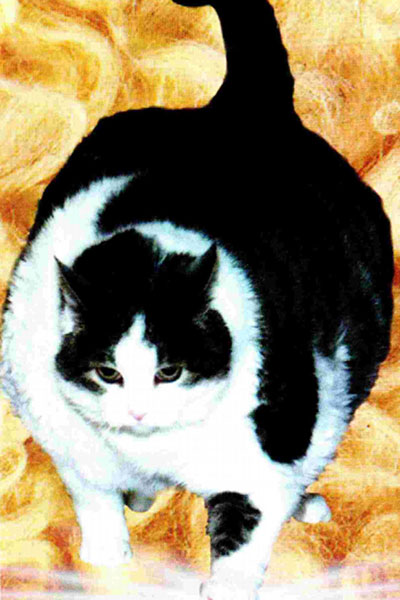 Himmy – who had to be transported in a wheelbarrow – was thankfully unchallenged until 1998, when editors and record managers decided to discontinue the category to deter people from over-feeding their pets just to appear in the book. Today, we still monitor animal weight and size by breed – such as the largest breed of horse – but not individual specimens.

Find out more about the records we no longer monitor.

1996: Most expensive wedding for pets

Feline sweethearts Phet and Ploy did nothing by halves when they got hitched in 1996. Phet, the groom, arrived at the ceremony by helicopter, while his bride was dropped off in a Rolls‑Royce car! 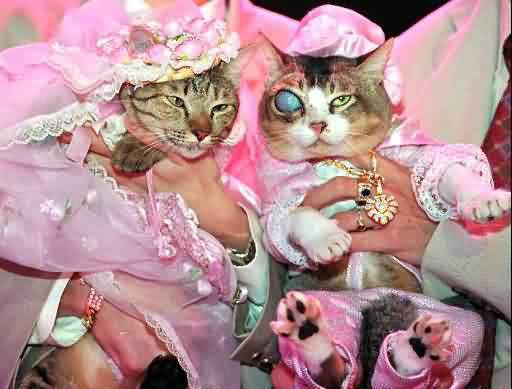 The total cost of the unusual union came to a whopping $39,443 (£25,230). The couple were known as “diamond eye” cats, as both shared a rare form of “glaucoma” in which a blueish film forms over the surface of the eyes.

The oldest cat café still in existence is Cat Flower Garden, located just off Zhishan Station in the Shilin District of Taipei, Chinese Taipei, and opened in 1998. A recent tally of its animal members included 15 cats as well as two dogs and one bird. 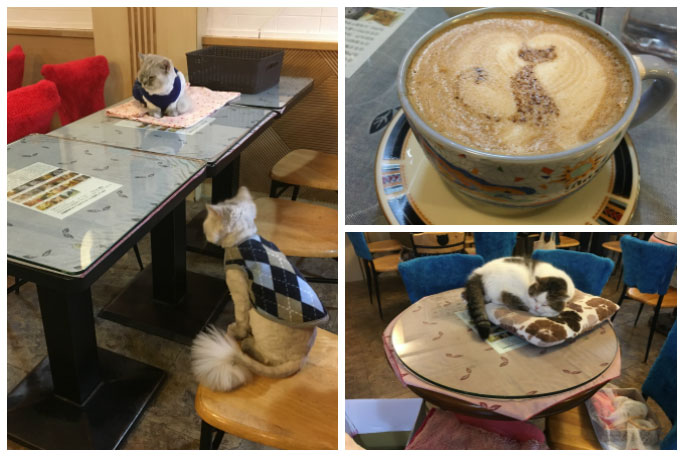 Cats are allowed to jump onto tables and even onto the guests, and snacks for them can be purchased in the café. The café's visitors are mostly young Taiwanese and Japanese tourists, and a minimum drink fee is required in order to enter the café. This fee's purpose is to ward off would-be loiterers who only wish to experience being there but have no intention of purchasing anything to eat or drink. The menu offers a wide range of edibles, including cat-shaped biscuits, and the café's shelves are stocked with cat books. Following its success, other cat cafes have opened in Taipei, with over a dozen currently in existence there, plus many others elsewhere in the world.

1999: Longest post-earthquake survival by a cat

In December 1999, 80 days following a terrible earthquake that struck Taiwan on 21 September, a cat was discovered alive after being trapped by a message board that had fallen during the quake and pinned the cat to ground in the rubble of a collapsed building in Taichung, Taiwan. 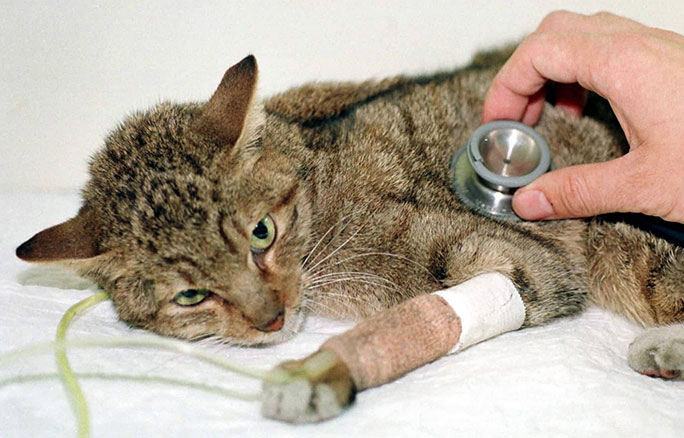 The cat, dehydrated and barely breathing, weighed less than half the weight of a healthy cat that size and was rushed to a veterinary hospital where it made a full recovery.

At 19 cm (7.5 in), the longest whiskers on a cat belong to Missi, a Maine coon who lives with her owner, Kaija Kyllönen. The whiskers were measured in Iisvesi, Finland, on 22 December 2005. 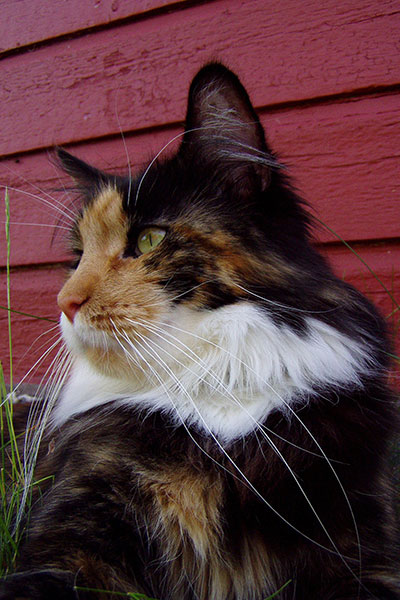 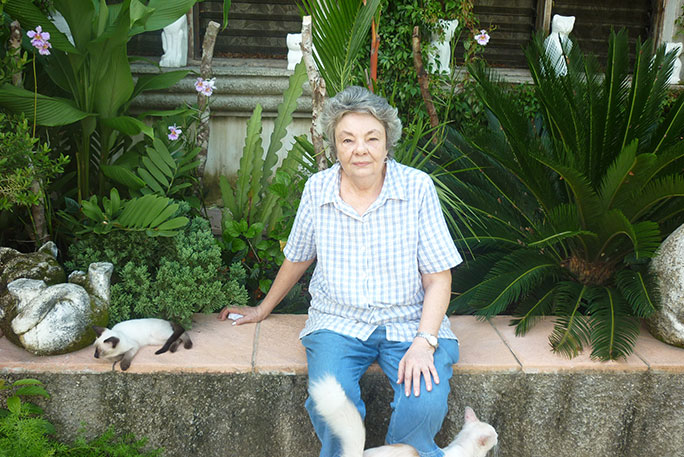 Carmen started her collection after the purchase of three little ceramic kittens in 1954 when she was 13 years old. Only one of them still exists. She now has a private museum of cat items at her family house in Puerto Barrios, Izabal. Among 23,007 of her collection, 21,321 are counted as no duplicates. 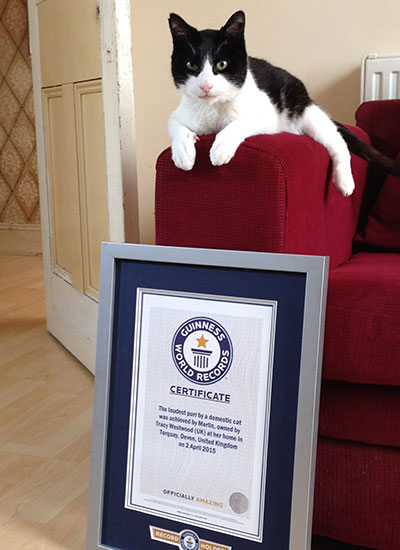 2016: Most tricks performed by a cat in one minute

Full of character and sublimely lazy, Maru is the most viewed cat on YouTube. His name means “round” in Japanese, and it’s partly his tubbiness that has won the Scottish fold cat so many fans. Videos of Maru getting stuck in various places and containers, or just taking life easy, have been watched 340,280,203 times.

Can't get enough of cats? Check out this karaoke song from the Officially Amazing TV show: