Some things are just better communicated in emojis!

World Emoji Day was created by Emojipedia, the world's largest online emoji encyclopaedia. They chose to have World Emoji Day on July 17, as it is the date displayed on the calendar emoji. 📅

To commemorate the day, we decided to compile our favourite Emoji related records, so we can all feel Grinning Face!

The largest human smiley was achieved by 8,018 people during an event organized by Alliance In Motion Global Inc. (AIM) in Manila, Philippines. AIM used the record attempt to commemorate their 9th company anniversary. 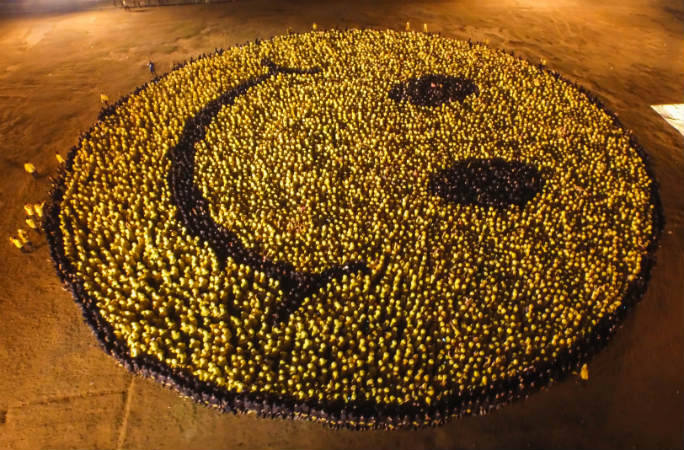 First brand with its own emoji

The first commercial brand to be recognised in an emoji was Coca-Cola. This came about when the company partnered up with Twitter in 2015.

From 18 September until the end of the year, typing #ShareaCoke into a tweet brought up an emoji of two clinking Coke bottles.

Still not over the #ShareaCoke emoji. (SO cool!) Who will you share a Coke with? http://t.co/2C8LOGRzsQpic.twitter.com/uJChbfLLUJ

To celebrate World Emoji Day and the release of The Emoji Movie, Sony Pictures organised a record attempt for the Largest gathering of people dressed as emoji faces (multiple venues). 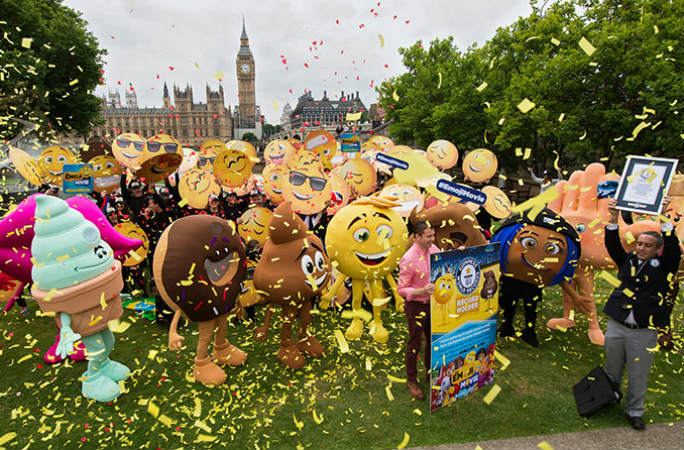 Victoria Bell from the UK set the record for the Fastest marathon dressed as an emoji (female), at the Virgin Money London Marathon, in London, UK, on 22 April 2018. Victoria managed a speedy 4 hours, 18 minutes and 6 seconds - while dressed as the 'poop' emoji!

Before the marathon, Victoria shared with us why she chose the poop emoji: "It had to be the poop – everybody’s favourite emoji! It’s recognisable, kids love it and it will make people laugh. Plus, it’s perfect for WaterAid who work tirelessly to ensure everyone in the world has access to clean water and decent toilets." 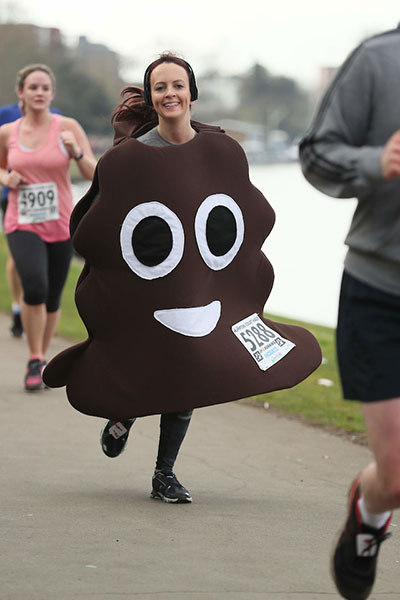 On 13 January 2017, Paul Pogba (France) became the first English Premier League player to have an official hashtag emoji on Twitter. Supporters could access an image of the Manchester United midfielder by using the hashtag #Pogba. 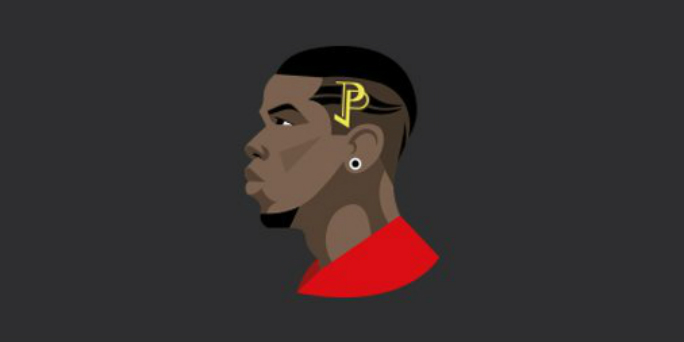 A new emoji related record was recently broken; the fastest time to match 20 emoji pairs.This was managed in 2 minutes and 11 seconds, and was achieved by Armaan Sidana (India) in Punjab, India, on 16 March 2018. Do you think you could break this record?