Do you know who Joseph Garrett is? He's the guy behind Stampy Cat and is one Minecraft's most well-known gamers - and he now has two Guinness World Records titles!

He holds the record for Fastest time to make and display 10 cakes in Minecraft (PC Edition) with a time of 3 minutes 51 seconds ,and also has the record for Most viewed Terraria video (9,593,008 views as of 24 April- wow!).

Stampy set his Minecraft record when he visited our Guinness World Records' London office. After receiving his title for Fastest time to make and display 10 cakes in Minecraft, Stampy was delighted.

"It feels fantastic to be a Guinness World Records title holder! I grew up reading all of the books and it was always something I was aware of, and I never thought I would actually be in the book with my very own title."

In the book introduction, Stampy shares some of his favourite records from the book, as well as some of his thoughts about gaming and record-breaking.

We also talked to Stampy behind the scenes about his story, and asked what made him want to become a YouTube gamer and record-breaker! 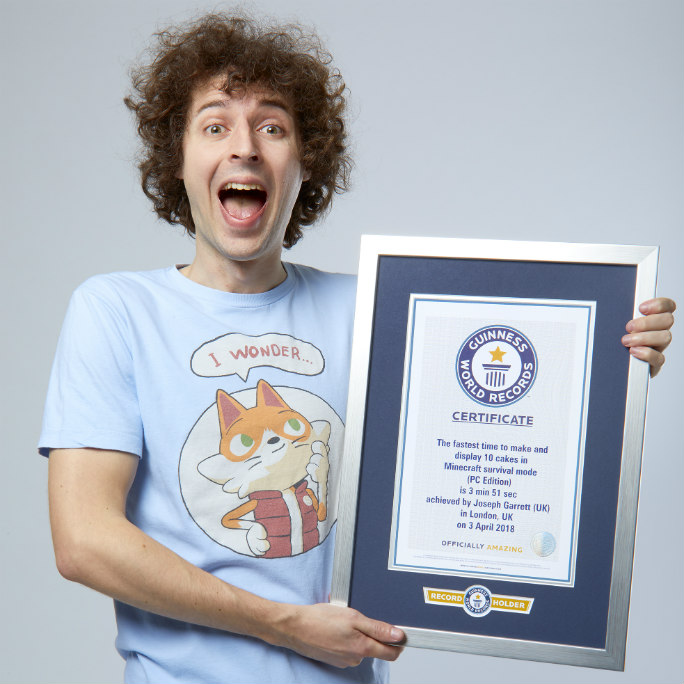 Stampy now has more than 9 million YouTube subscribers, and has racked up almost 7 billion (6,795,708,273) views - but it took him a while to become this popular. "I did YouTube for a really long time with almost no-one watching! The time people really started watching was when I started doing Minecraft videos. People must have liked something that I was doing because a lot of people started watching," he said.

And his name Stampy, came from one of his early creations.

"I decided to call myself Stampy because a really long time ago when I was at school I made an animation with a character called Stampy." And why Cat? Because during one video he changed into a cat skin, and just never changed it! 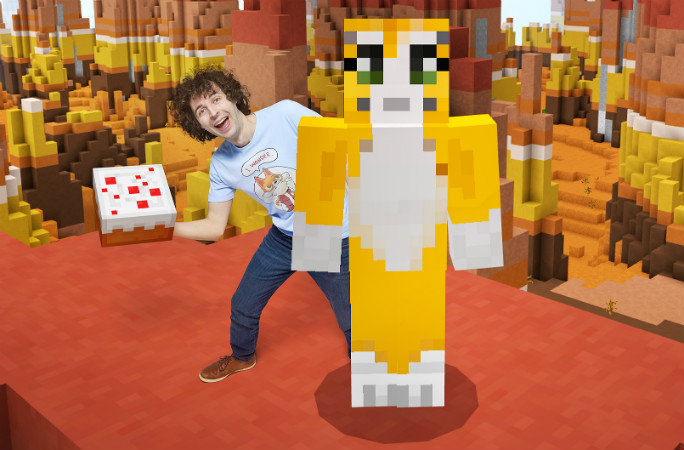 Minecraft is now hugely popular, and Stampy says it's because of how easy it is to play, and how much you can do within it. 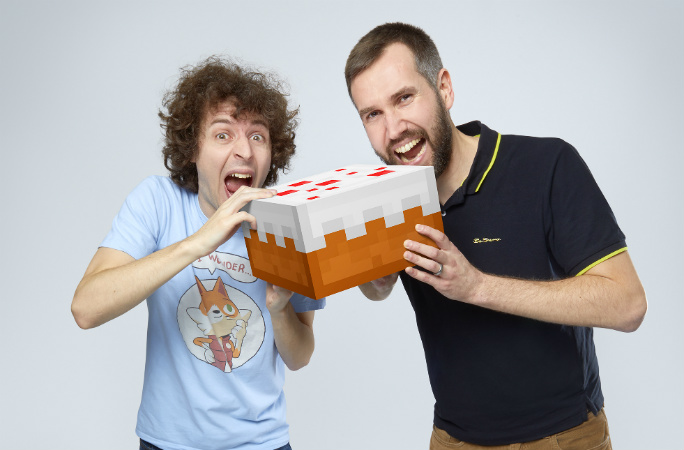 One of Stampy's main pieces of advice for breaking a record title is doing something you love and enjoy.

"If you want to break a record title, make sure you're doing it in something that you enjoy. Don't just look to the games that other people are competing in - look at what you love doing. If you're enjoying yourself you're not going to worry about all of the dedication you're going to need to break your record title."

If you want to try your hand at record breaking, take a look at our Minecraftreader challenges in Gamer's, which come with instructions from fellow Minecraft gamer Callum Knight, a.k.a SeaPeeKa.

In the words of Stampy himself:

"We all share a love of gaming. This is the chance to celebrate the people that make gaming officially awesome!"