Take a look at Jonathan (yes, Jonathan) who is the oldest-known land animal at 187. 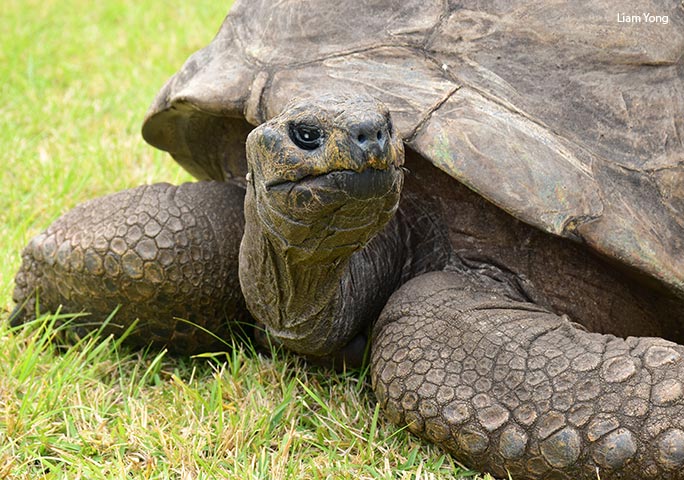 Jonathan was born in 1832 😱 Andrew Jackson was US President, and Queen Victoria had just started her reign. WOW!

However poor old Jonathan is still one year away from being the oldest ever. That record is held by Tu’i Malila, who reached at least 188 years old. 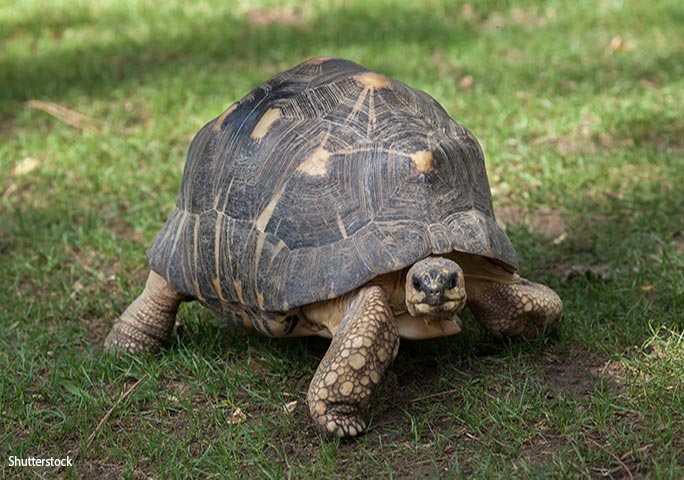 In his lifetime, Jonathan has lived through WW1 and WW2, the Russian Revolution, seven monarchs on the British throne and 39 US presidents. 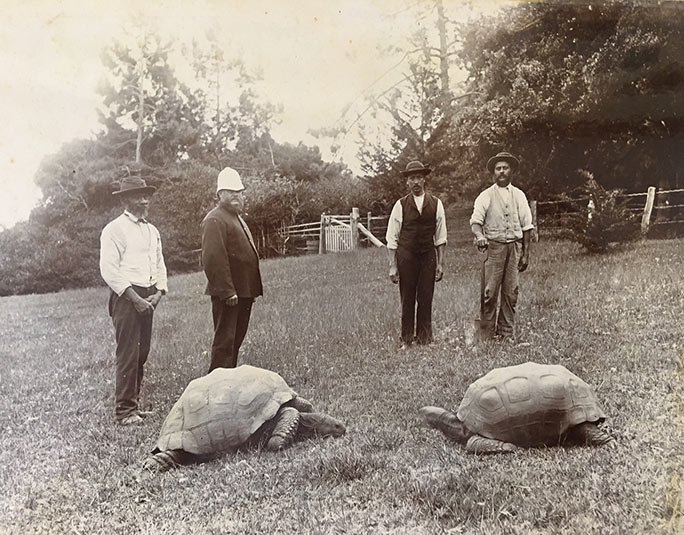 His year of birth was also before the building of the first skyscraper (1885) and the before the Eiffel Tower in Paris was finished (1887).

Other important events that have taken place during his life are the first photograph of a person (1838) and the first powered flight (1903).

Now the oldest animal in the world, Jonathan has outlived the oldest person by around 70 years. 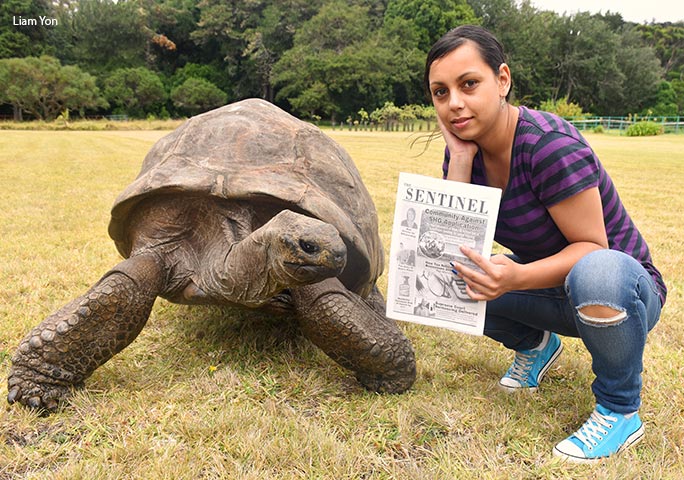 Jonathan lives on the remote island of St Helena (an island way out in the South Atlantic Ocean) since 1882.

Jonathan's home is the lawns of a mansion built 228 years ago. Today, he shares the grounds with three other giant tortoises: David, Emma and Fred. 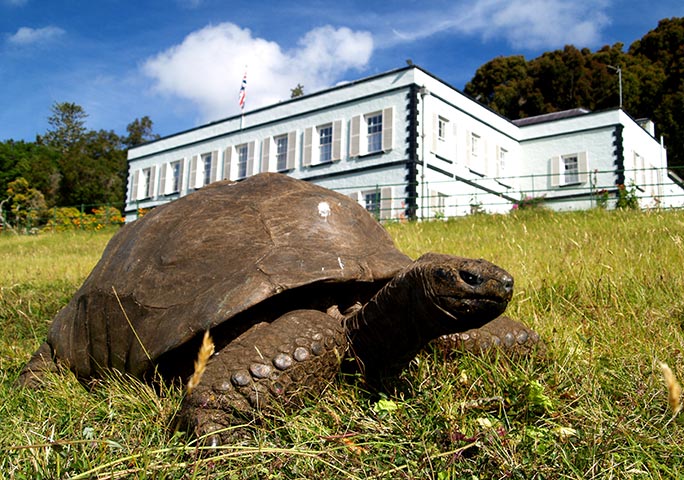 Despite his old age, Jonathan is still in good health.

We talked to vet Joe Hollins – one of Jonathan’s carers – to find out more about this extraordinary ancient animal.

GWR: What’s it like treating such an old patient? 👴

For a vet, to have the oldest-known living land animal under his care is a great privilege, and something I could never have envisaged happening. I have bonded with him and am very fond of the crusty old reptile!

Can you describe Jonathan’s character? 🤗

Jonathan is gentle and enjoys the company of people. Although mostly blind, he has very good hearing and responds especially to his name at feeding time. He also has a fascination with the sounds of tennis when the paddock court is in use. 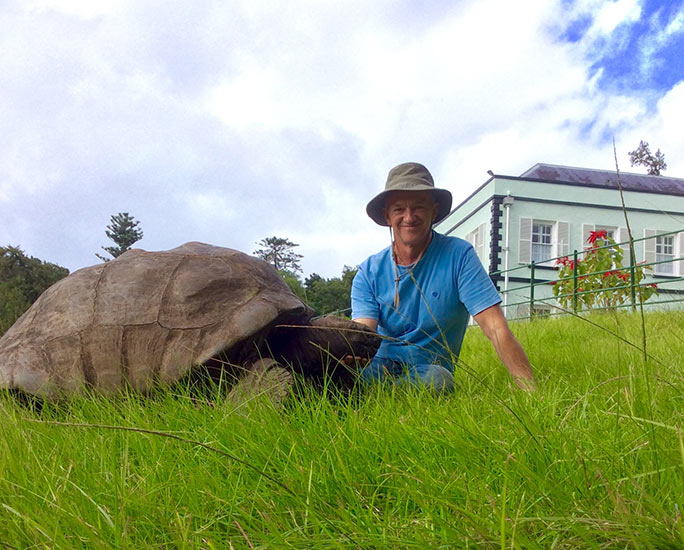 What is Jonathan’s favourite food? 😋

He loves banana, but it tends to gum up his mouth. Lettuce hearts, though not very nutritious, are a favourite. He also greatly enjoys cabbage, cucumber, apple, other seasonal fruits, carrots – a good source of fibre that he loves.

What does a typical day involve for Jonathan? 📆

Very relaxed. He enjoys the sun but on very hot days takes to the shade. On mild days, he will sunbathe – his long neck and legs stretched fully out of his shell to absorb heat and transfer it to his core. On cold winter days, he will dig himself into leaf mould or grass clippings and remain there all day. 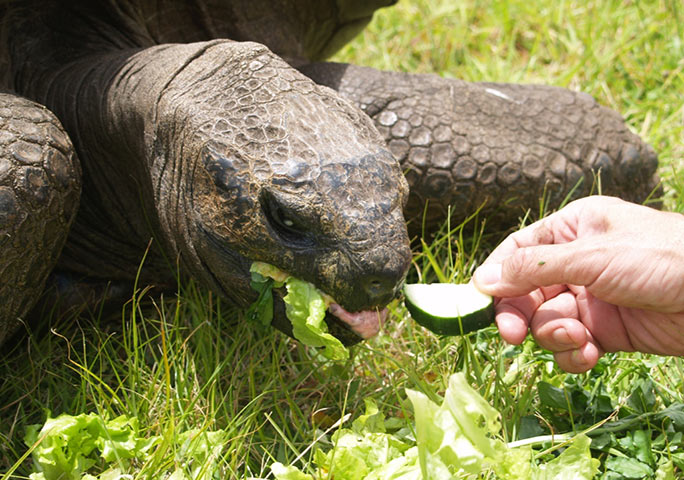 What do the residents of St Helena think of Jonathan? 🤔

He is a local icon and much loved by the islanders, who see him very much as their Jonathan.

Are visitors able to come and see Jonathan? 👀

Although we have applied some restrictions, Jonathan and his friends can still be seen by visitors to the island.