A teenager from Cyprus has created a huge image to show the effect of plastic pollution. ✏️

(Polluting is when something harmful is introduced to an environment).🙅

His drawing shows a turtle in the ocean surrounded by plastic waste. 🌊🐢 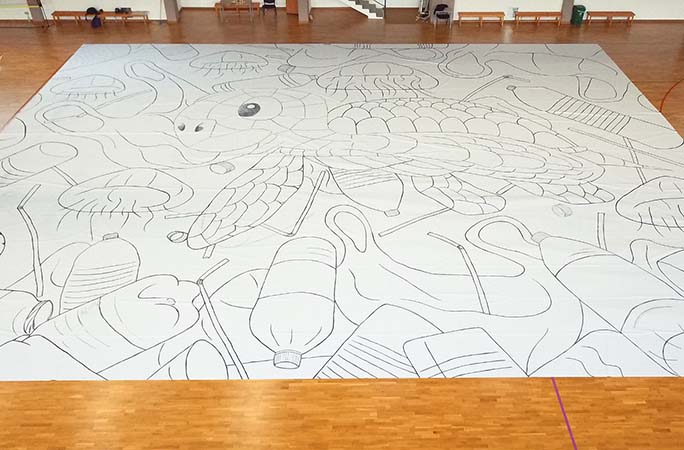 "The drawing depicted a turtle eating a plastic bag, which happens often since they are confused with jellyfish," Alex explained.

"It takes hundreds years for plastic to biodegrade depending on the type of plastic; very often marine life becomes trapped in nets and plastic bags."

What does biodegrade mean ❔

Biodegrading is when materials are broken down by bacteria (tiny cells). Things like food and plant based materials can biodegrade quickly, which is better for the planet. But when plastic is thrown away is takes years to biodegrade and disappear. This leads to lots of plastic litter on land and in our oceans. 🌍🌊

17-year-old Alex has been drawing since he was three, and describes art as his passion. However, planning and completing this massive drawing was not easy. 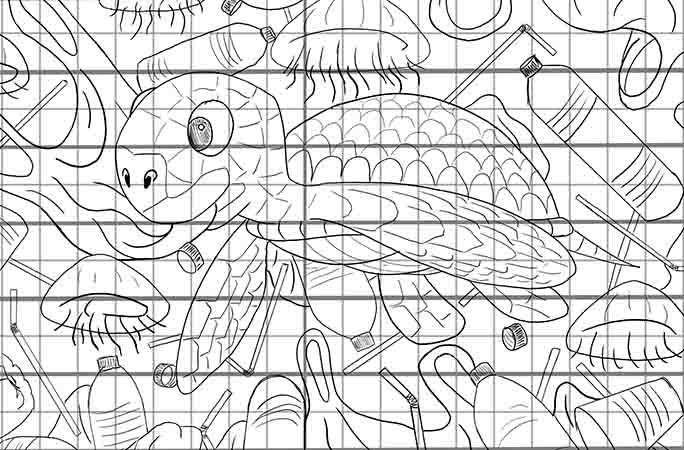 The drawing was created with charcoal on paper canvases and took 15 hours over three days to complete. ⏰

The attempt took place at Alex's school, and his friends stayed with him and helped him with the measurements. 🏫

Alex used a grid method to help make sure everything was the right size. 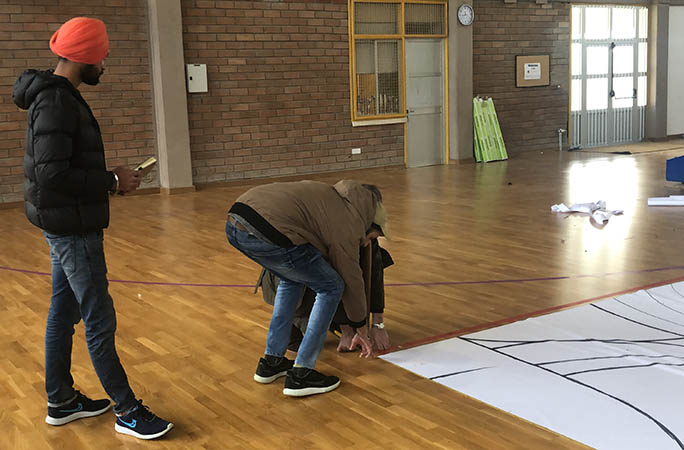 While Alex was drawing, people could stop by and look at his progress.👀

"My parents and friends were amazed that I wanted to take on such a great challenge. Naturally everyone was ecstatic when I became Officially Amazing."

Love art? 🎨 Take a look at this amazing painting created by 400 kids.