Professional puzzle maker Tony Fisher has created the world's largest Rubik’s Cube! The enormous puzzle measures an impressive 2.022 m (6 ft 7 in) on each side.

The cube moves exactly as a regular sized Rubik’s cube does, do you think you could solve this giant puzzle? 🧩

It took Tony around 330 hours to build by himself. ⏰

Tony's passion for Rubik's cubes and puzzles began in 1980 when he was 14, and now he is a full-time puzzle maker, running his own business 🟥🟧🟦🟨

He spends his days creating all kinds of twisty and interesting puzzles, now that's a pretty cool job! 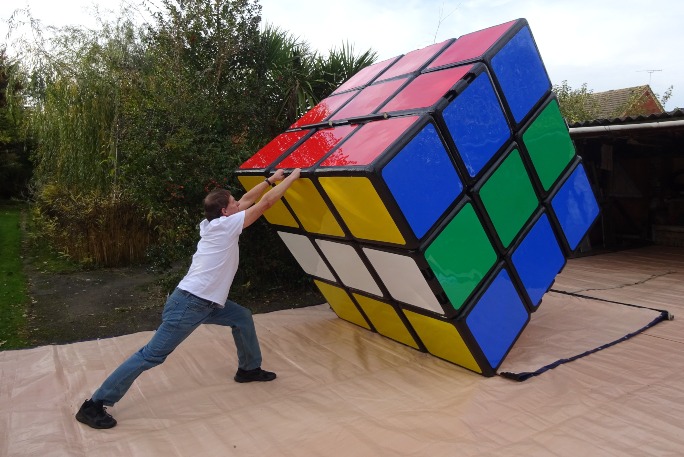 This Rubik's cube is the second time Tony has broken the record for the largest Rubik's Cube, in 2016 he created his first oversized Rubik’s Cube, the cube measured 1.57 m (5 ft 1.8 in) on each side.

People all around the world create oversized Rubik's cubes but in 2018, Tony’s record was broken by a science museum in Canada; TELUS Spark 🤖

They created this cube measuring 1.68 m (5 ft 6 in) on each side and even invited visitors to solve the puzzle themselves. 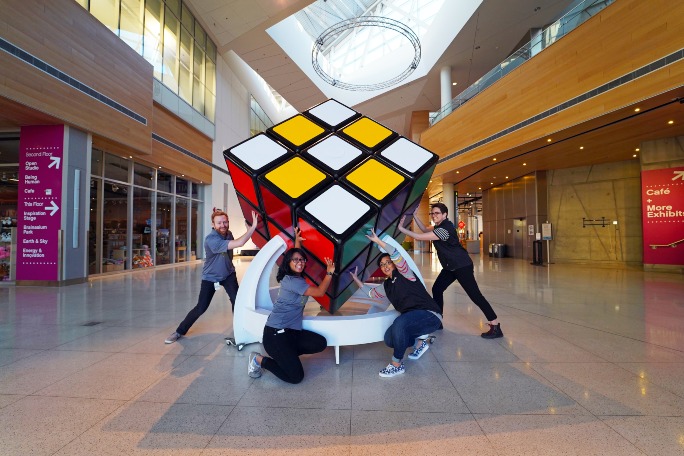 Happy to have inspired others to build something so creative and challenging, Tony took on the challenge once again and reclaimed his title for the world's largest Rubik's Cube 👏🥇 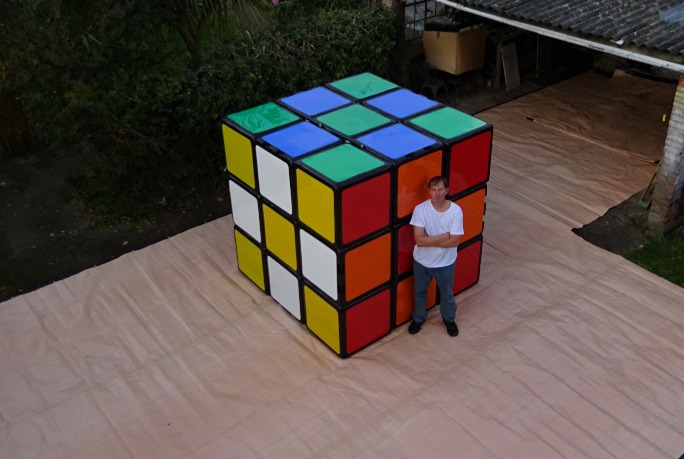