This rabbit’s nose for the net has made him an internet sensation.

Bini holds the record for Most slam dunks in one minute by a rabbit, with seven.

At first, Shai taught Bini tricks such as standing and spinning, but when he found the bouncy bunny playing with a ball one day, he set him up with his very own basketball court!

FACT: Bini is a Holland Lop, which is a dwarf breed. That hasn’t stopped him from being a high achiever though. He has millions of social media followers and even sells his artwork online! 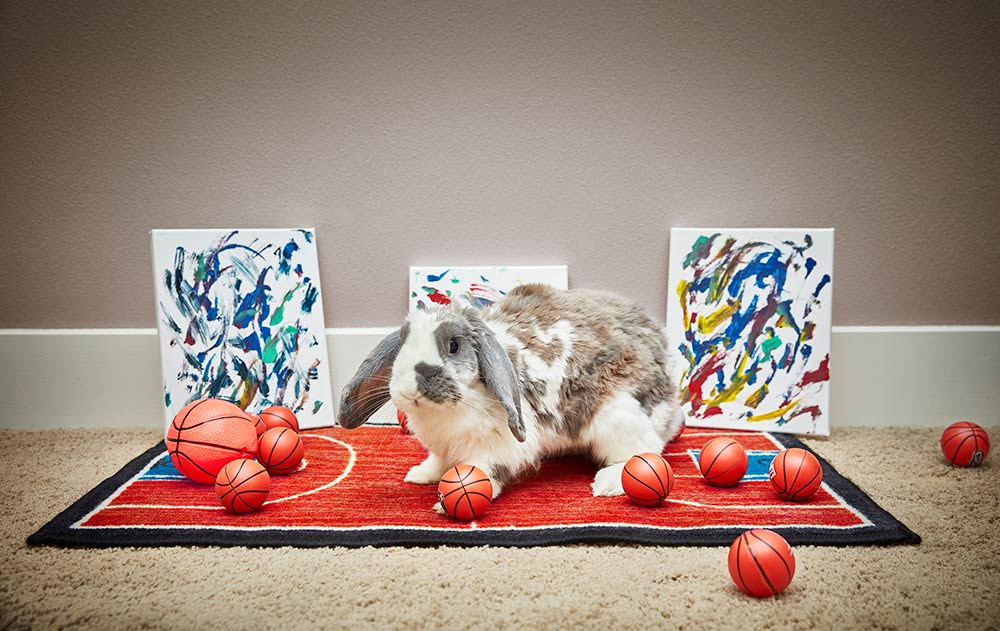 On the days he’s not trying to become the next basketball legend or a famous artist, Bini wakes up very early and runs around the house a bit, then eats fresh greens for breakfast.

He later takes an afternoon nap and wakes up full of energy for playtime with his owner.

A stroke of genius: While Bini the rabbit loves to shoot hoops, he’s also a talented artist. Give him a brush, canvas and acrylic paints and he’ll create a masterpiece… Just don’t take the paintbrush away from him before he’s finished or he’ll be hopping mad! 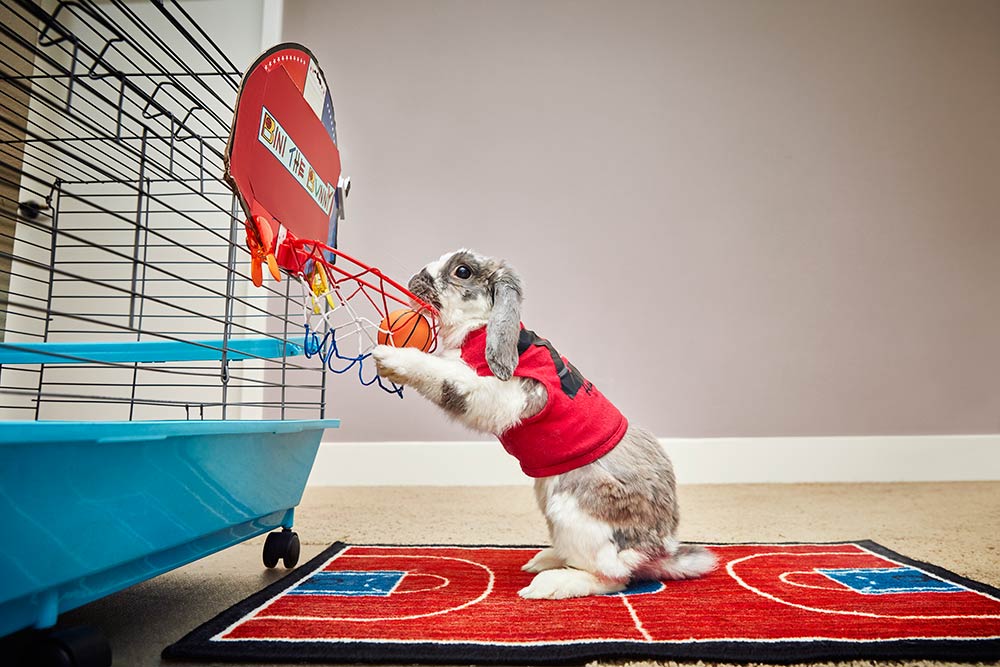 Owner Shai says: "Having Bini become part of the Guinness World Records family is an incredible feeling.  Especially since I used to read the annual books when I was a kid."

Bini is so special that he is now the star of our new online game called Basketball Bunny, playable on our microsite or on the GAMEE app. 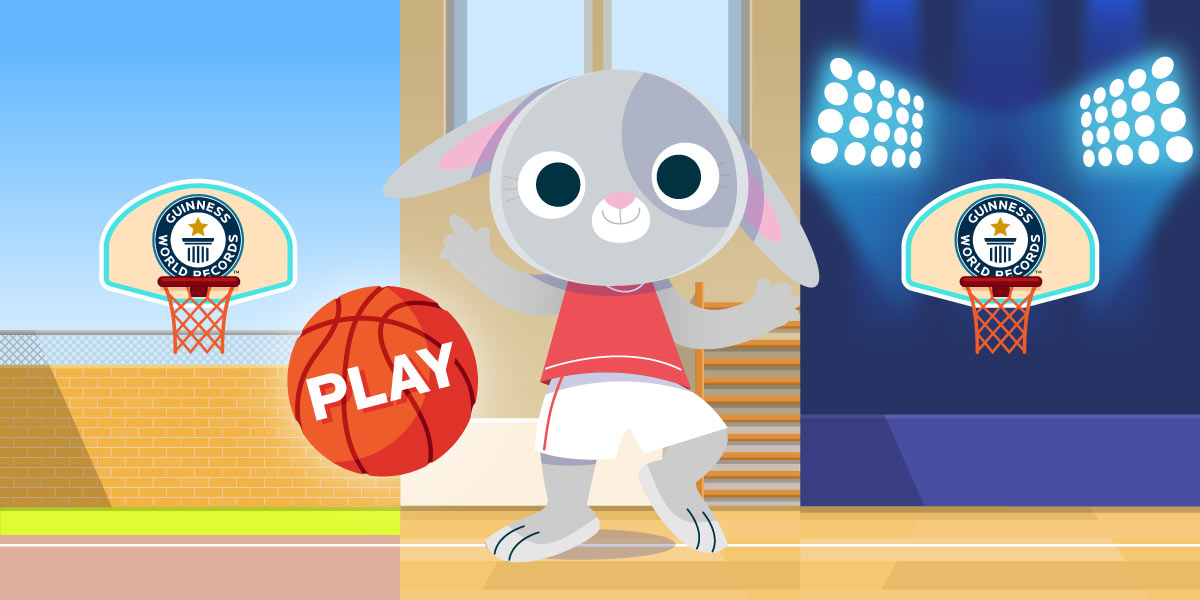 Play against the record-breaking bunny on indoor and outdoor basketball courts and get the chance to win bonus basketballs throughout the game.

Plus, we're holding an exclusive competition to offer five players some incredible prizes including the Guinness World Records collection, a stationary set, notebook, headphones and a hoodie, all contained in a funky duffel bag. Enter the competition.

Shoot hoops with Bini the bunny

How many points can you score in our addictive online game?