This is Paula, the Linne's two-toed sloth from Germany. She has been crowned with the Guinness World Records title of oldest sloth in captivity, being the oldest known of her kind at the age of 50. 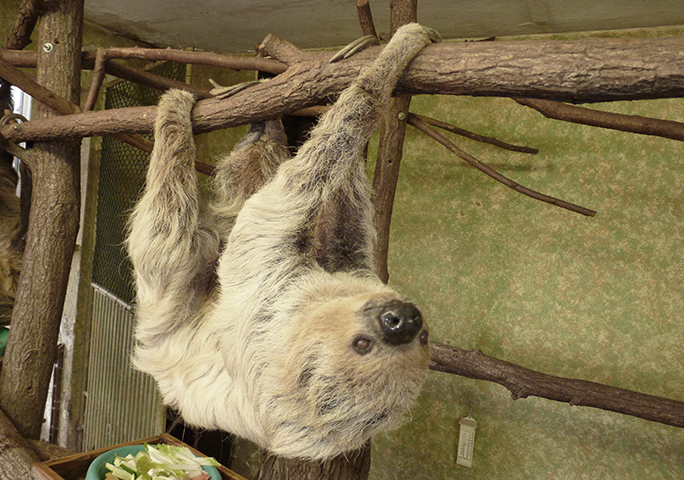 Originating from South America, Paula arrived at Halle Zoo in Saxony-Anhalt, Germany in 1971, when she was only two-years-old.

Check out Paula at Halle Zoo 👇👇

This super-senior sloth has reached more than double the typical lifespan of two-toed sloths in the wild which is 20 years and has also far exceeded the standard captive age range of 30 to 40.

"There is no known sloth anywhere in the wild or in captivity that's clocked up more years," said Jutta Heuer, who keeps the official studbook for two-toed sloths in Europe. 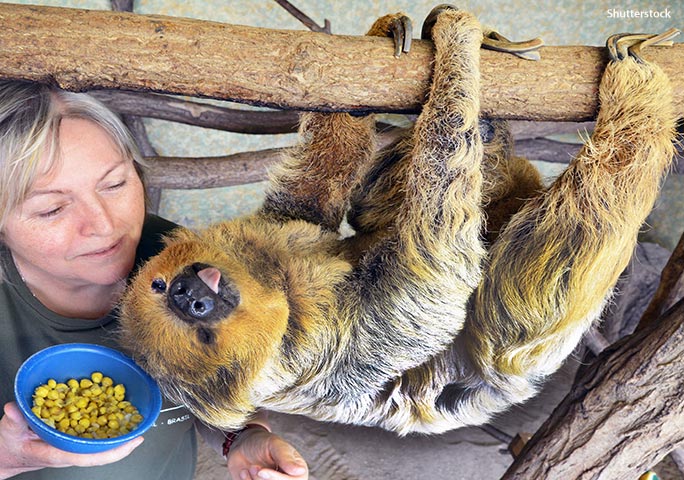 As the former zoo keeper at Halle Zoo, the now-retired Heuer has built up a close relationship with Paula over many years.

"Paula is still fine, but you can see she is old," Heuer continued. "The hair is light and not so compact. The claws grow in different ways – the same as with elderly people. Of course, she moves slowly and is very relaxed."

"Paula's favourite foods are cooked or milk corn, cooked eggs and sweet fruits. 🌽🍳🍓She will follow you [as fast as she can] to get these!" Jutta Heuer, European studbook keeper for two-toed sloths.

Paula hasn’t always gone by that name. Over her first 20 or so years at Halle Zoo, she was known as Faultier (this means "Sloth" in German) and then later as Paul, as she was originally believed to be a he!

After performing an ultrasound scan on Paula in 1995, the zoo keepers discovered the true sex of the sloth.

"We were very surprised!" Heuer said of Paula's gender revelation. 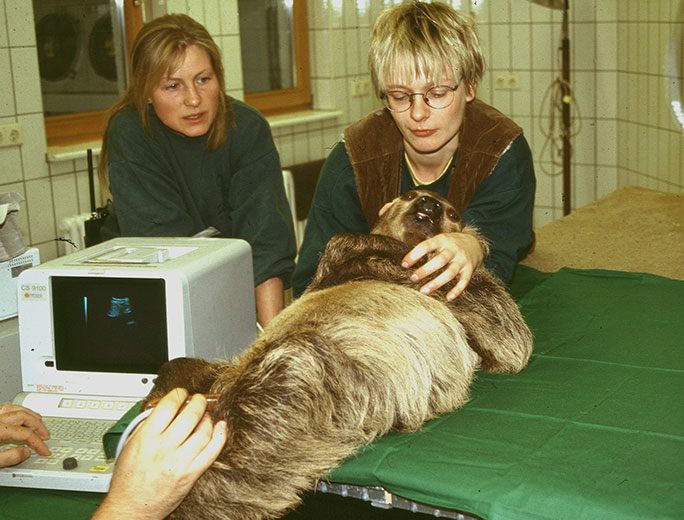 While Paula's age is exceptional, it’s not uncommon for this species to make it past 40 years old. The next two oldest known sloths after Paula live a chilled out life at another German zoo. Krefeld Zoo in North Rhine-Westphalia is home to 46-year-old Jan and 45-year-old Lulu.

When asked why she thinks Paula has reached such a superlative age, Heuer told us: "I think stable conditions (e.g., temperature, humidity, food etc) without stress are responsible for her long life. It also comes down to caring staff – some of the keepers have known her for more than 30 years!

"She lives together with a breeding pair [of sloths] and a group of night monkeys. There is no stress within the group." If you think Paula is cool, check out some of our other sloth records!

To meet the all-time biggest sloth, you’d have to travel back in time to the Pleistocene Epoch, which began some 2.6 million years ago. The Florida ground sloth weighed in excess of 5 tonnes (11,000 lb) and, when standing on all fours, it was taller than an adult male African bush elephant.

With a head and body length of only 50 cm (20 in), the pygmy three-toed sloth is the smallest member of the sloth family. With only around 100 of them left, exclusively found on a single island off the coast of Panama, this critically endangered species is also the rarest sloth. To meet more record-breaking animals, as well as some other superlative seniors like Paula, get your copy of Guinness World Records 2020, out now in shops and online.