Known for his iconic “SIUUU” celebration, as well as for scoring loads of goals, Ronaldo is one of the best footballers to ever step onto a pitch.

He has won almost everything possible during his career, scoring over 800 goals in the process. Is he the greatest football player of all time? 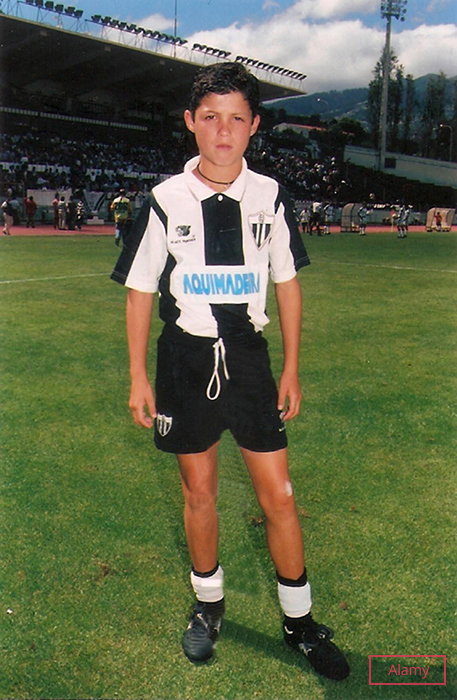 The beginning of the legend...

Cristiano Ronaldo dos Santos Aveiro was born on 5 February 1985 in Madeira, a group of Portuguese islands.

His first ever football team was local club Andorinha, where Ronaldo was nicknamed Abelinha (“Little Bee”) due to his small size and fast speed. 🐝

At the age of 12, Ronaldo left his home island to travel to the mainland – he had just been signed by Sporting CP, one of the biggest football clubs in Portugal.

There, Ronaldo impressed his coaches with his talent and determination to win.

He played his first match for the adult team at age 17, when his skills were noticed by clubs all around Europe. 😀

One of those teams was Manchester United, who bought Ronaldo in 2003 for £12.24 million after he performed well against them in a match.

"Thank you to the Guinness World Records. Always good to be recognized as a world record breaker. Let’s keep trying to set the numbers even higher!" 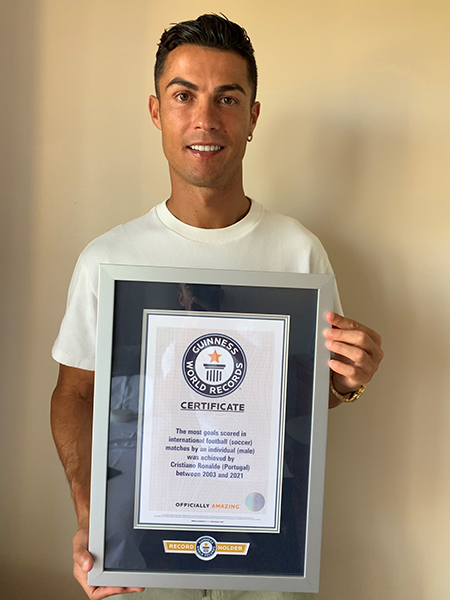 At Manchester United, Ronaldo established himself as one of the world’s best footballers.

He won many trophies, including three Premier League titles, one FA Cup and one UEFA Champions League, in addition to a Ballon d’Or, an individual award given out each year to the best player in the world. 🏆

After six seasons in England, Ronaldo joined Real Madrid in Spain for £80 m ($130 m), which was a world-record price at the time. 💰

Ronaldo continued to perform amazingly in Madrid, developing a rivalry with Lionel Messi, who played for FC Barcelona.

Year after year, each player tried to score more goals than the other, in order to be seen as the world’s best footballer. 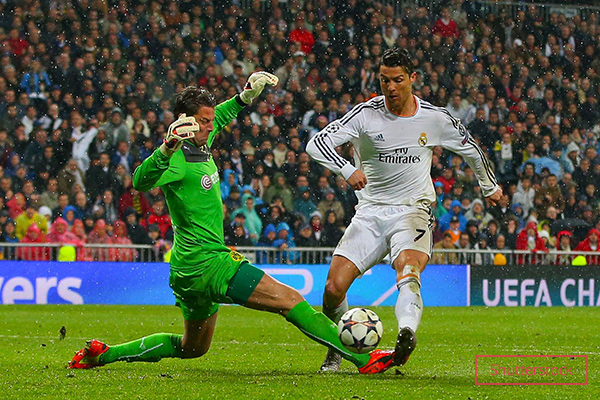 After winning everything possible at Real Madrid, Ronaldo moved to Italy to play for Juventus, where he won two Serie A titles.

He then returned to his old club, Manchester United, in 2021, where where he finished the season as top scorer and extended his Champions League records for most goals (140) and most appearances (183). 😎 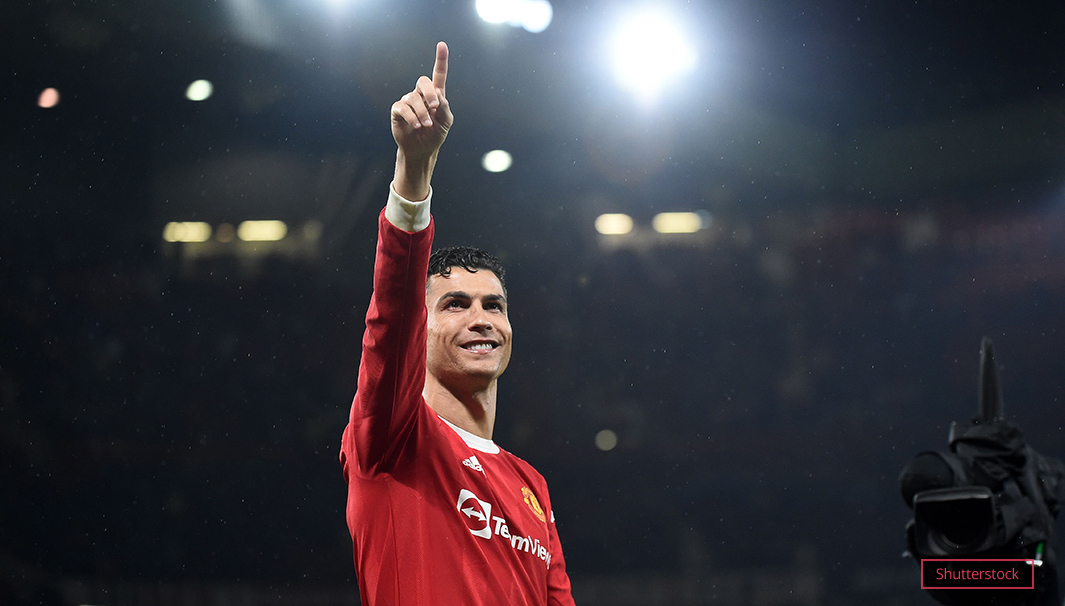 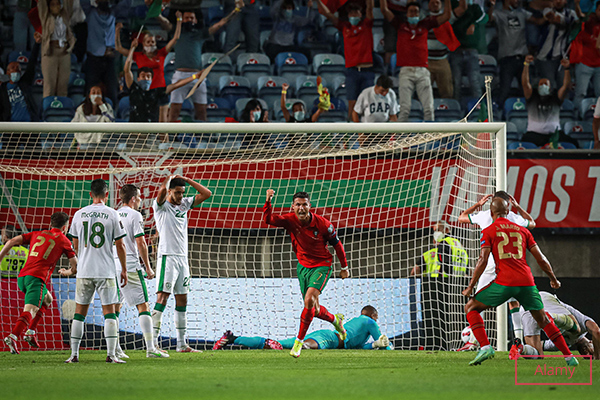 Ronaldo played his first match for Portugal against Kazakhstan on 20 August 2003. However, his first international goal came one year later, against Greece during the UEFA EURO 2004 tournament.

This goal was to be the first of many. ️⚽️️⚽️️⚽️

Ronaldo now has the record for the most appearances (25) and goals (14) at the EUROs. 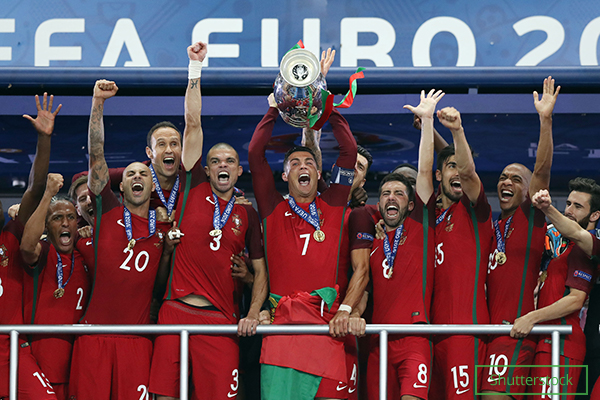 Although Portugal didn’t win the tournament in 2004 – or the next two times – they eventually won in 2016. It was both Ronaldo and Portugal’s first ever international trophy. 🏆

Ronaldo has never won the FIFA World Cup, but he has definitely had some special moments there. In 2018, he equalled the record for most World Cup tournaments to score in (4).

His biggest international achievement was when he broke the record for the most goals in men’s internationals. He has now scored 115 goals for his country in total!

"When you play with Ronaldo on your team, you are already 1-0 up." 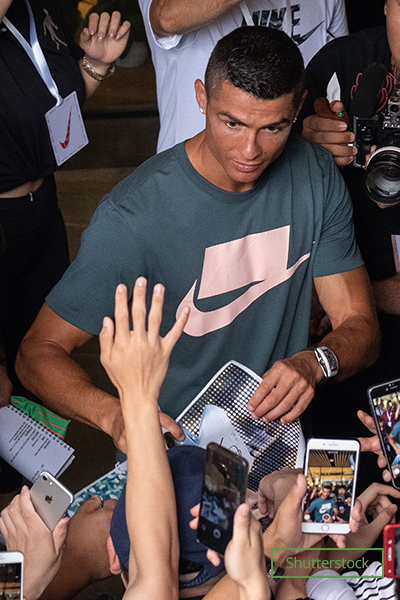 Ronaldo has also broken several records off the pitch.

He has also received the most likes for an athlete on Facebook, racking up a record-breaking 124,726,150 thumbs up. 👍

As you can see, Ronaldo has loads of fans all around the world. 🤩

He continues to perform at the top level year after year, so there's no wonder fans are still chanting his name and copying his iconic celebration.

When he eventually retires, there is no doubt that Cristiano Ronaldo will be remembered as one of the best to ever play the game.