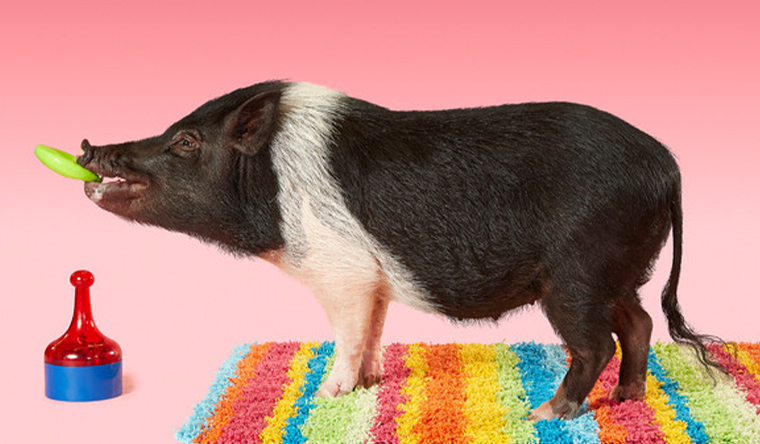 From surfing dogs to colossal crocs, we have it all! Find out about the latest record-breaking creatures and watch them in action. Great or small, furry or scaly, paws or claws - all these animals have one thing in common - a world record!

Daiquiri the dog does the laundry!

Kingut - the oldest tapir in the world

Longest tongue on a dog!

Longest cat in the world!

Most tricks by a pig

Dogs in a conga line!

Dog with the longest tongue

Largest horn span on a goat

Most skips by a dog and a person

Longest tail on a dog

Fastest 10 m on hind legs by a horse

Fastest 10m on a walking globe by a dog

Fastest 5 m on front paws by a dog

Fastest time to pop 100 balloons by a dog

Highest jump by a llama

Classics: Longest ears on a dog ever

Most balls caught by a dog

Most tricks performed by a cat in one minute

Most tricks performed by a dog in one minute

Loading...
Jonathan, age 190, is the world's oldest tortoise ever 🐢
Reptiles with records: lizards, snakes, crocs and more
Scary spider records: venom, vampires and more
This dog has the longest ears in the world!