Wait, what's a tuk-tuk❓ A tuk-tuk is a three wheeled vehicle and is often used as a type of cab.

Matt and Russell (both UK), set the record for the fastest autorickshaw/tuk-tuk (prototype) in North Yorkshire, UK on Monday 13 May. 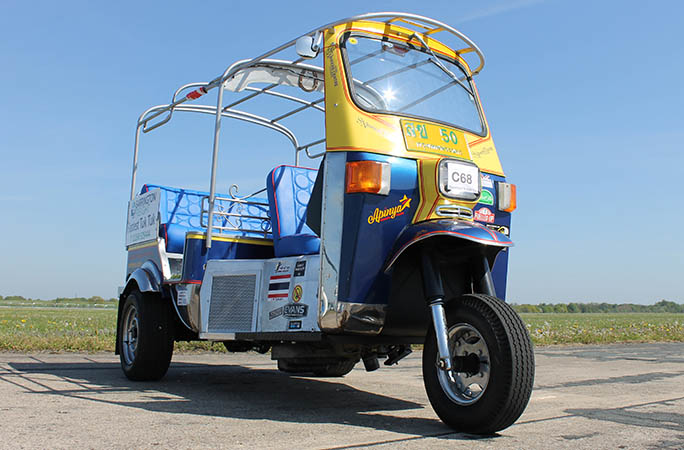 We're all love making a few guilty purchases, but Matt, from Billericay in Essex, took this one step further.

He was browsing eBay one evening and ended up purchasing the tuk-tuk... as you do! 💸 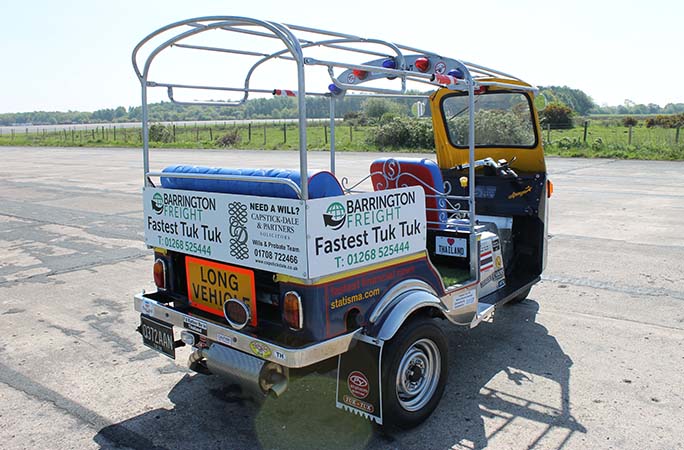 In order to achieve the record, the tuk-tuk needed a passenger – which is where Matt's his cousin Russell came in. 🙋‍♂️

Travelling in a three wheeled vehicle going at 119 km/h may seem scary to some, but for adrenaline junkie Russell it was easy peasy!

"I skydive most weekends, so it [the tuk-tuk] was quite slow!" Russell joked. 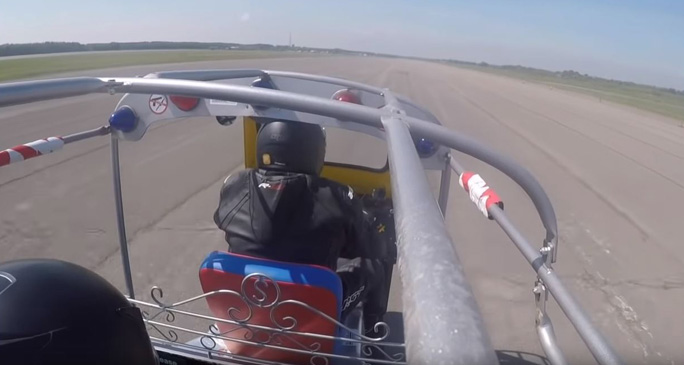 "It was really good. There was a bit of a wobble going on when we built up speed but it felt quite safe so it wasn’t too bad at all."

Ahead of the record attempt Matt had just one practice run – without a passenger.

"I've only driven it once by myself and I got it up to about 80 mph, so obviously we weren’t sure because of the extra weight, because of Russell." 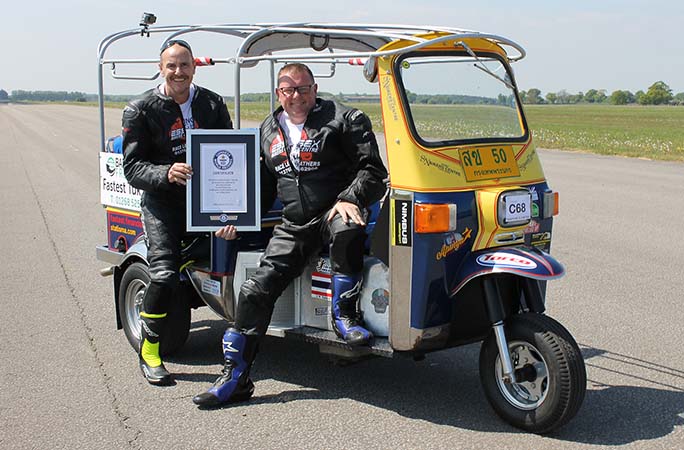 Though there was no current record holder for this title, Matt needed to beat a minimum time of 110 km/h (68.4 mph).

"I was excited, not nervous. We knew it had it in it, it was just a case of how fast it was going to go, which way the wind was going to go and those kinds of things." 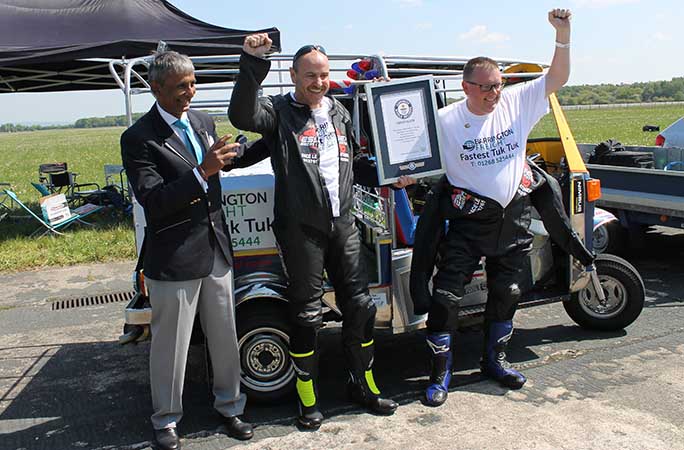