Two 🐼🐼 cubs, who celebrate their first birthday today (25 July), have set a milestone for their threatened species. And it's not just for being cute!

He He (“Harmony”) and his sister Mei Mei (“Beautiful”) are the first panda twins with a captive mother and wild father. 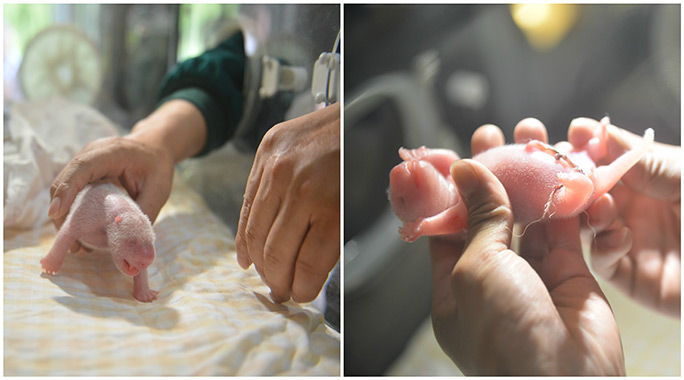 Unusually, the pair were named after characters in two popular Chinese cartoon series. 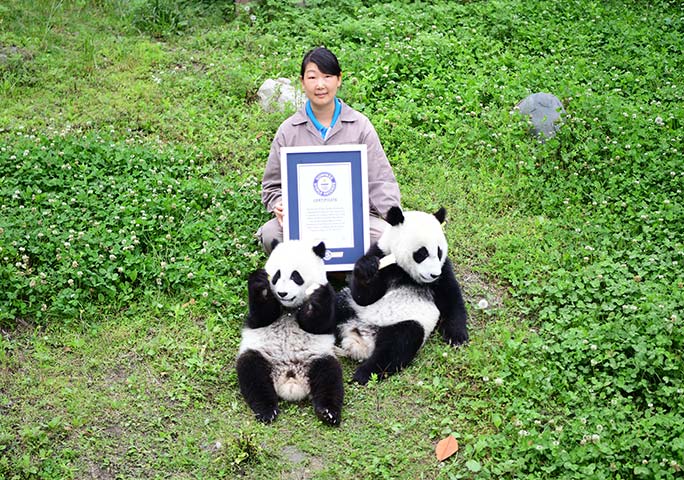 The cubs' mother Cao Cao has now given birth to nine cubs in total, including two sets of twins.

But the fathers of the previous twins were, like Cao Cao, also in captivity. The latest arrivals’ half-captive-half-wild parentage is what makes this adorable duo unique. 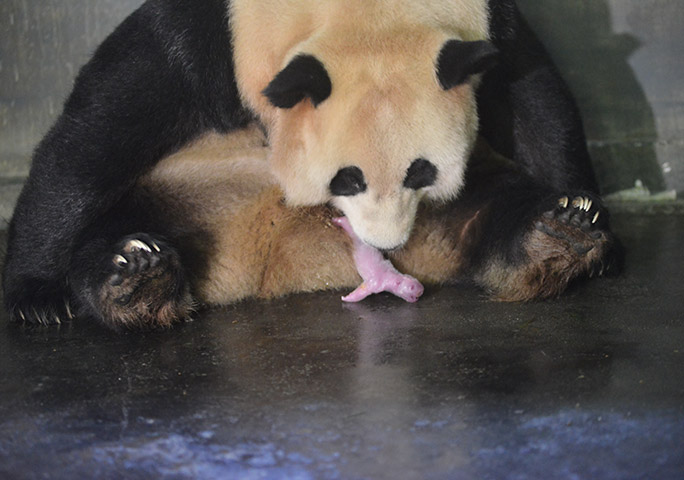 Since 2016, the China Conservation and Research Center for the Giant Panda (CCRCGP) has released a handful of females into the forest for a few weeks each year. The hope was that they would meet a male panda in the wild and breed.

This is seen as vital because the gene pool of pandas living in zoos and conservation centres is shrinking to dangerously low levels. 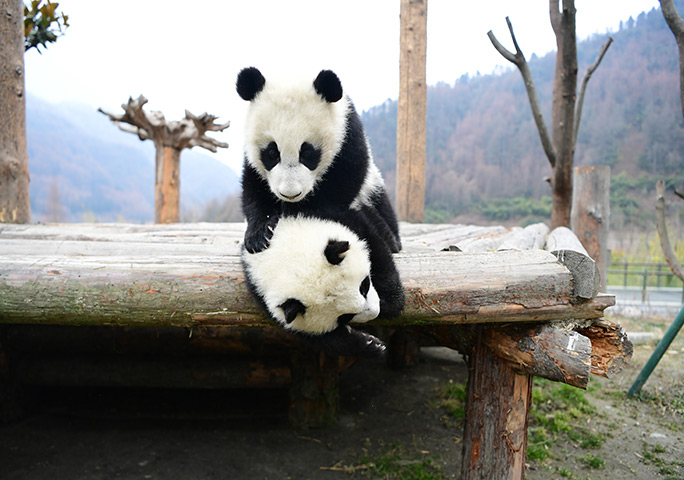 The twins are now living with other cubs at a special “panda kindergarten”.

Two of their favourite features in the panda playground are the swings and slides!

The brother and sister have distinct personalities, according to Yu Qiu, the CCRCGP’s Deputy Director of Cultural Promotion: “He He is mild and modest, while Mei Mei is outgoing and naughty and often ‘bullies’ her brother!” 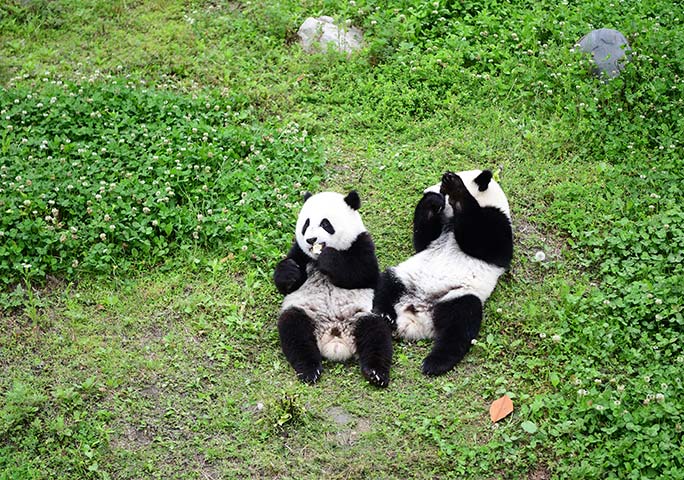 Thanks to global conservation efforts, giant panda numbers have risen over the last few decades, up from a low of 1,000 to around 2,200 today.

However, Executive Deputy Director for the CCRCGP, Zhang Hemin, warns there's still a long way to go: “In some places, the wild population is less than 30… If we don’t help them, they’ll be extinct within the next 30–50 years. That’s why we are training the captive-bred pandas for release.

“We hope this will kick-start more efforts of releasing more pandas into the wild in the future.” 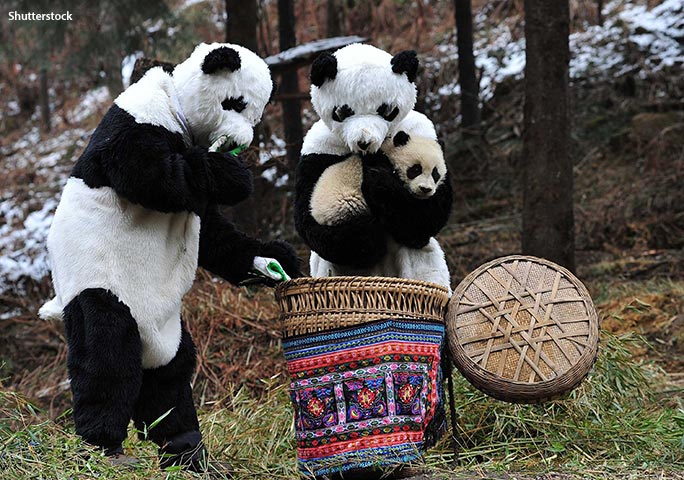 How best to raise this iconic species is debated. Some conservationists favour minimal contact in order to make the pandas more independent.

To help achieve this, the keepers masquerade as pandas by dressing up in black-and-white onesies. The suits are even covered in panda pee to cover up their human scent!

Other panda centres are more hands-on, directly training young cubs survival skills such as how to find water and climb trees.

One initiative that is underway to help the wild population of giant pandas to recover is the creation of a 27,133-km2 (10,476-sq-mi) reserve in south-west China.

When opened, the Giant Panda National Park will be almost three times the size of Yellowstone National Park in the USA and will be the largest giant panda habitat in the world.

Pi Pi (father) and Li Li (mother) at Beijing Zoo, China, welcomed their son, Ming Ming (“Bright”), on 9 September 1963 – the first giant panda born by captive bears. A year later, he was joined by a sister. 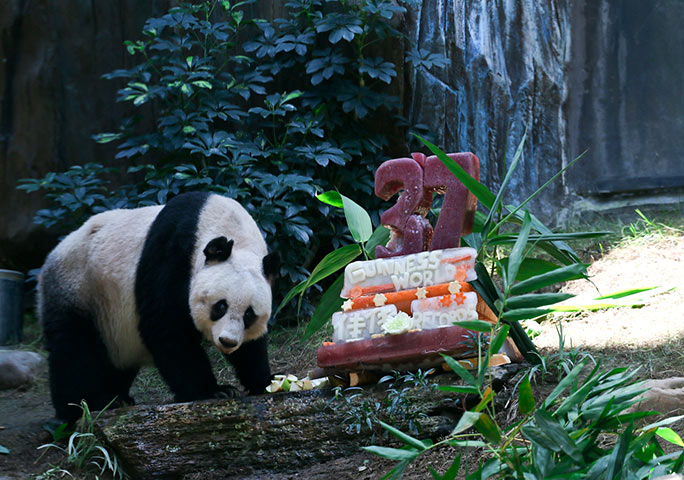 Born in the Wolong National Nature Reserve in 1978, Jia Jia lived to the grand old age of 38, passing away in 2016. She almost doubled the top-end lifespan for wild pandas, who typically live to 15–20. She was a resident at Ocean Park in Hong Kong, China, where she was transferred in 1999.

There have only ever been four recorded cases of a giant panda mother giving birth to triplets. The latest trio were Ku Ku, Meng Meng and Shuai Shuai, born at Chimelong Paradise park in Guangzhou, China, on 29 July 2014. The cubs all survived and are about to celebrate their fifth birthday.