Stars of Disney Channel's Stuck in the Middle have become the first to break two of the record challenges featured in Guinness World Records' new book, Science & Stuff.

Youngsters Nicolas Bechtel, Malachi Barton and Ariana Greenblatt have earned the Most marshmallows caught in the mouth with a home-made catapult in one minute and Most pencils pierced through a water-filled bag in one minute.

Science Bob and our official adjudicator visited the the set of Stuck in the Middle in Los Angeles, California, where the three child actors attempted the fun records.

Nicolas and Ariana, who play Lewie Diaz and Daphne Diaz in the popular Disney TV show, were excited to try the marshmallow catapult DIY experiment, which involves using household objects to launch the sweet treat at your friend (or enemy!)

Check out the video below to find out how to make your own marshmallow catapult.

With expert advice from Science Bob, Ariana and Nicolas were able to build the perfect catapult to earn their first record.

To get the title, the pair had to stand two metres apart and catch a minimum of four marshmallows.

It was definitely not an easy challenge, but the pair's practice paid off as they managed to catch 13! 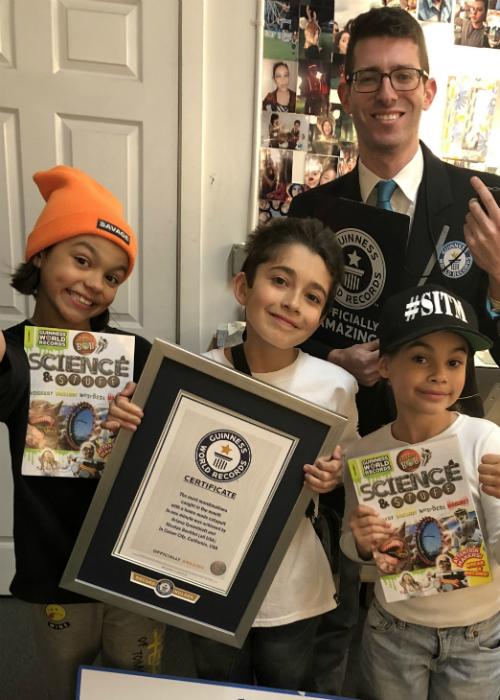 Co-star Malachi Barton, who plays Beast Diaz, was interested in the anti-leak bag DIY experiment, which involves piercing pencils through both sides of a bag filled with water without it spilling.

After getting some tips from Science Bob, Malachi managed a total of 15 pencils, beating the minimum of 11. 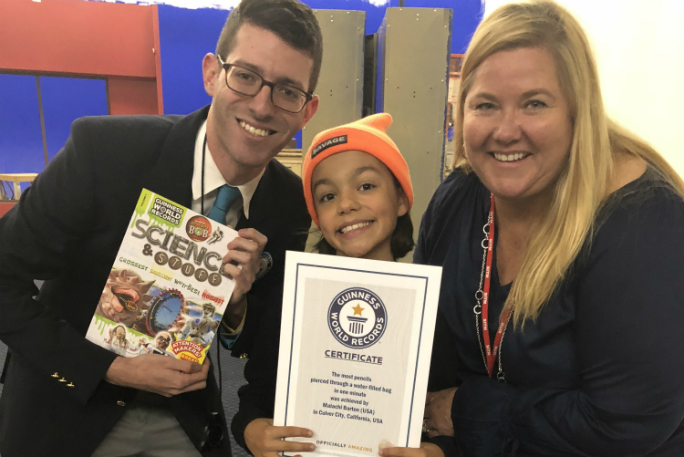 They were very happy to join the Guinness World Records family and Science Bob was very proud of their hard work.

Want to try these DIY experiments at home? Have a go