Do you love videogames? If you do, then you’ll love this new record set by Ilhan Ünal – a science student from Belgium who has entered this year’s Guinness World Records 2018 Gamer’s Edition for creating the world's Largest Game Boy.

Ilhan is incredibly smart. He works as software and hardware developer on the weekend, and has used his skills to make a supersized game boy which he calls the Game Boy XXL.

The monster machine is fully functional, with everything running off a Raspberry Pi hidden in the oversized external connector socket.

"The Game Boy was a huge part of many people's childhoods, including my own. I was obsessed with my Game Boy as a kid, so I wanted to create something that would but a smile on little Ilhan's face, and hopefully on the face of anyone who is a big kid at heart," said Ilhan.

Did you know…? The Game Boy XXL videogame device is 6.75 times bigger the classic Nintendo Game Boy. It has a volume of 120 litres, which is about two times the volume of an average human body! 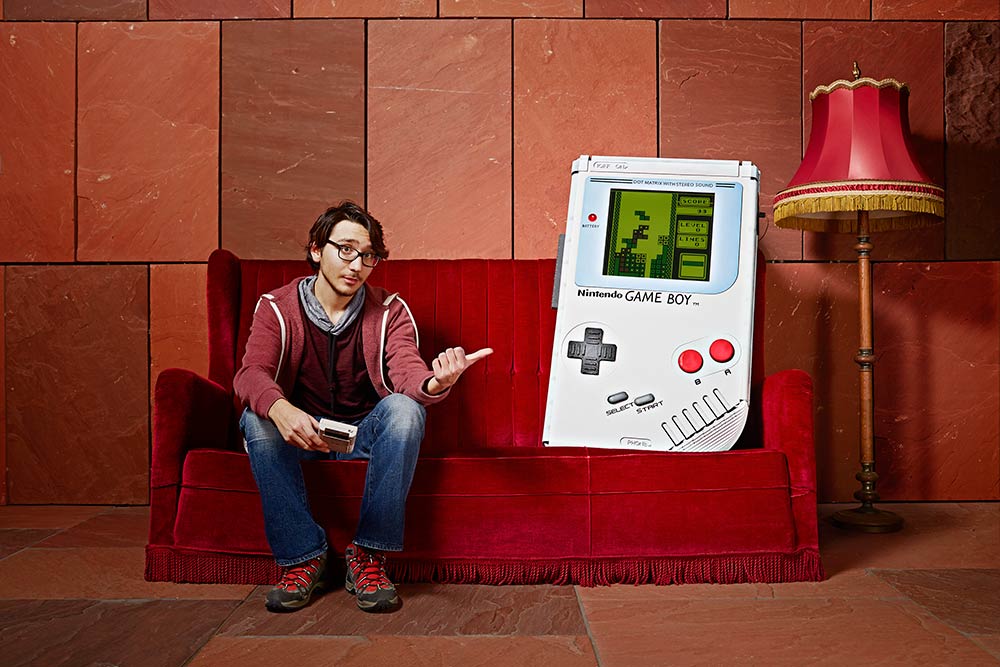 Ilhan says making the Game Boy XXL was not easy!

He needed to find time away from his studies and school work to construct the Game Boy.

Ilhan used his school’s laboratory to build the device, because it had special laser machines which could cut the materials for the Game Boy. 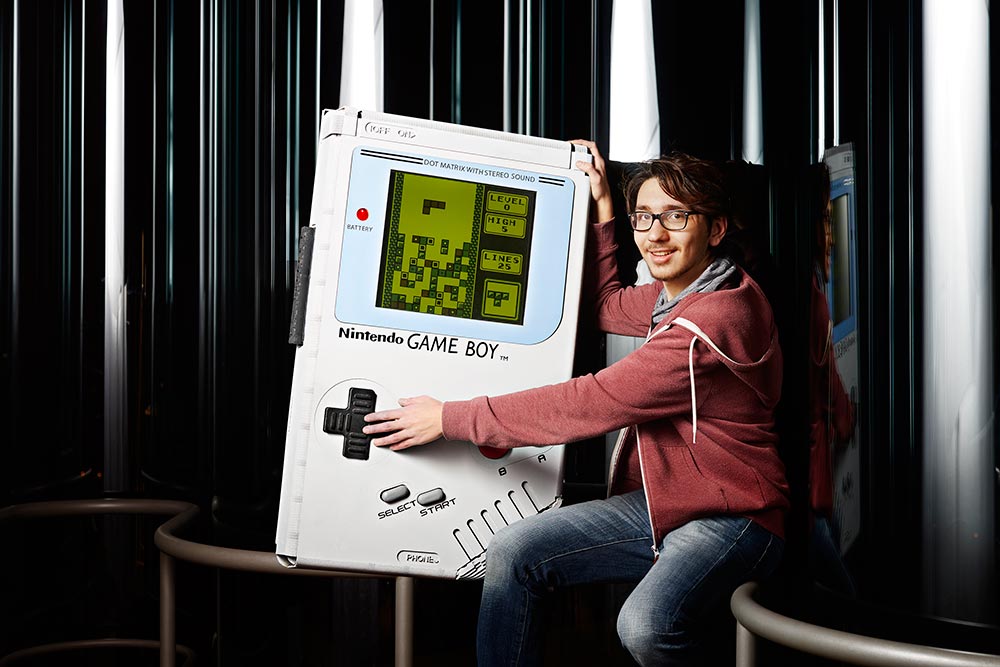 Sadly, Ilhan does not get many chances to play on his giant Game Boy, as he spends most of his time balancing his studies, girlfriend, and other jobs.

However, when he does play, the Belgian student gets quite the workout. Pressing the giant buttons requires so much strength that he can’t feel his arms after an hour of playing!

Ilhan's record is featured in the Guinness World Records 2018 Gamer's Edition alongside loads of other records inlcuding the world's Smallest Game Boy.

Designed and built by Jeroen Domburg (Netherlands), this diminutive device is 54 mm (2.12 in) long, as confirmed in Shanghai, China, on 15 Dec 2016. It fits on a key chain, and boasts a selection of the original Game Boy games. 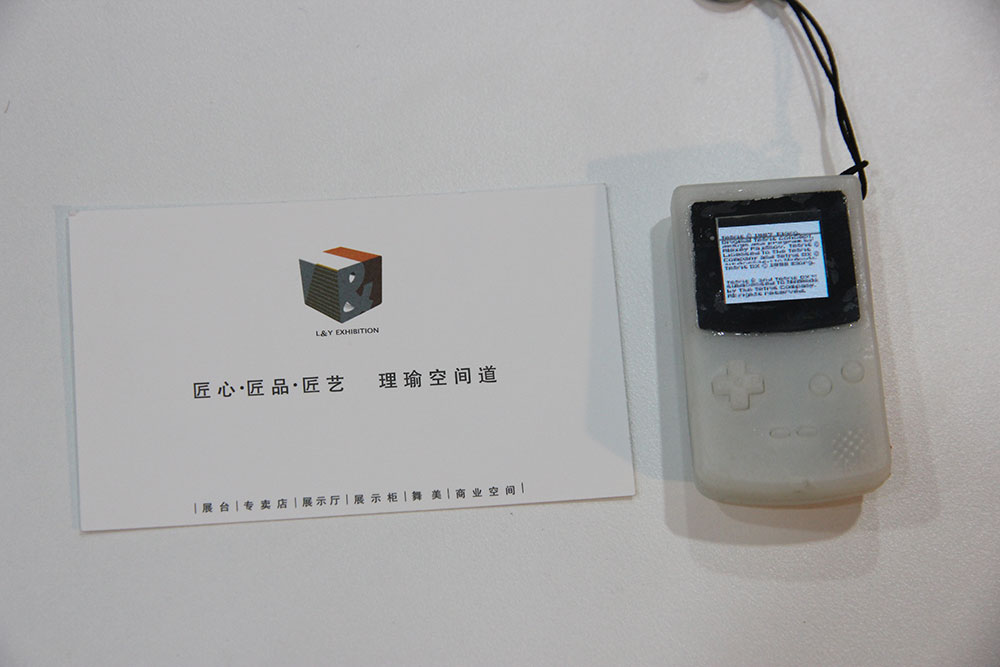