Meet Ally Zing™! He's a fizzing ball of energy from the distant planet of Startopia, and he's here on Earth on a very special mission: to seek out the Officially Amazing!

Startopia is home to the famous Starchive. It's there that Ally's uncles Sirron and Ssor look after all of the knowledge in the Universe. (Well, they're getting on a bit, so you might just see them tending to their garden, or looking for Sirron's glasses - again!) The Elders can't do it all by themselves, which is why they need Ally's help to collect the most remarkable, the most spectacular and most awesome record-breaking facts and stats.

Thanks to his dynamic spacesuit, Ally can travel faster than you can imagine and crisscross the Universe in a matter of seconds. Like the rest of his family, he's been assigned a small part of the cosmos to explore, and he's been lucky enough to find himself in our Solar System. From his base on Planet Earth, his job is to travel around in the STAR-V, seeking out new world records that he can zap back to Sirron and Ssor at the Starchive.

So, don't be surprised if you see Ally at a world record attempt some time soon. He'll be the one jumping around like an excited cheerleader and shouting words of encouragement. He gets rather excited when records are broken! If you see him, say hello and ask what he's been up to lately – he does find himself getting up to all sorts of adventures... 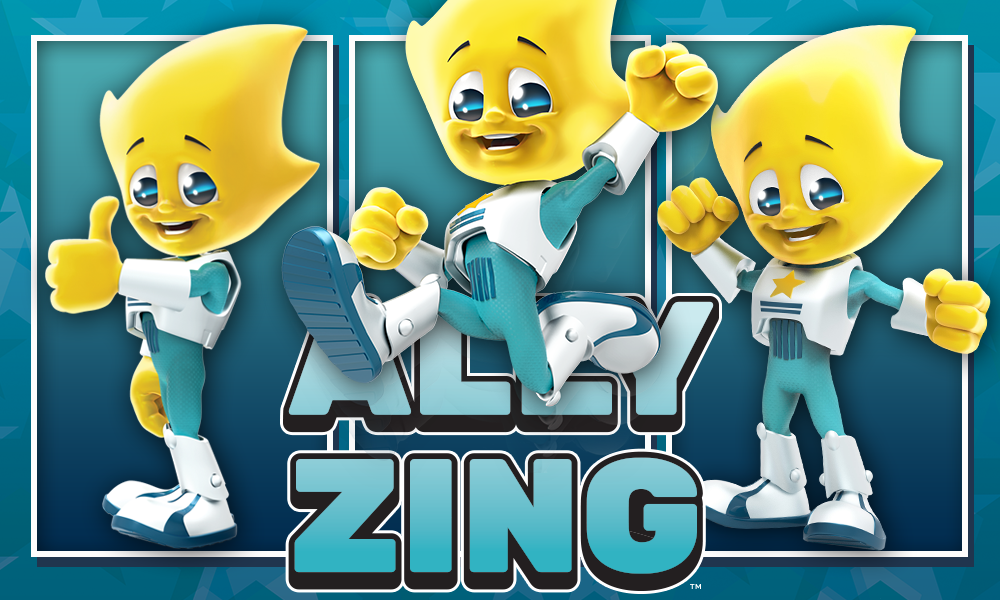