Wally Funk’s life-long passion for flying has made her an inspiration for female pilots around the world.

As a woman living in the 1960s and ‘70s, it was difficult for Wally to become an astronaut, however, at the age of 82 years 169 days, she made history by becoming the oldest woman in space.

Wally Funk was born on 1 February 1939 and her fascination with flight started soon after.

She loved building model aircrafts and her idol was Amelia Earheart (pictured left), who became the first woman to fly across the Atlantic solo, seven years before Wally was born.

As a teenager she gained lots of flying experience. Aged 16, she joined her school’s female flying club, where she earned her pilot’s license and graduated top of her class. ✈️ 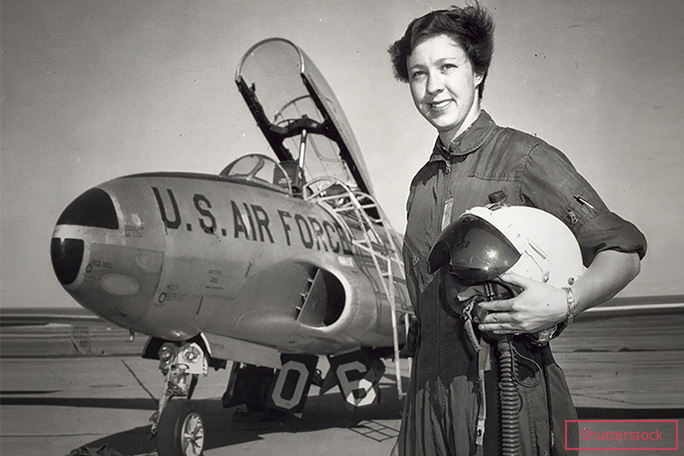 At the age of 17, she moved on to Oklahoma State University, where she gained thousands of hours of flying experience. Wally was so good at flying that she won an “Outstanding Female Pilot” trophy, as well as many others. 🏆

Despite showing so much potential, Wally’s story might have ended there because women weren’t allowed to be pilots or join the US Air Force.

At age 20, she took the only job related to flying she could find – she became a flight instructor and taught male Air Force recruits how to fly, even though she wasn’t allowed to join herself! 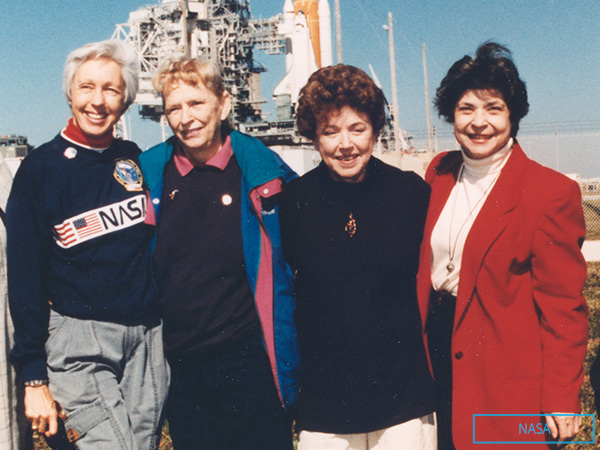 When NASA first started in 1958, there were no female astronauts.

However, in 1961, Wally – now aged 21 - volunteered for the “Mercury 13” program, where 25 female pilots did the same training and took the same challenging tests as NASA’s “Mercury 7” male astronauts.

Thy were nicknamed the FLATS – First Lady Astronaut Trainees.

Wally excelled at the challenge, becoming one of the 13 women to pass all the tests. She even performed better than the men in some areas! 😎

Sadly, the Mercury 13 program soon shut down and there were still no plans for NASA to allow females to go to space.

Wally went on to teach aeronautical flying and compete in lots of air races instead.

In 1975, Wally proved herself as one of the world’s best pilots by winning the Pacific Air Race, beating 80 other competitors.

Later that year she was invited to the White House for lunch and was also made an Honorary Colonel by the Governor of Louisiana.

At the time, female astronauts were slowly becoming accepted in America.

In 1978, the first class of astronauts to include women – six in total – graduated at NASA.

Each of these women showed the world that space travel was not just for men. 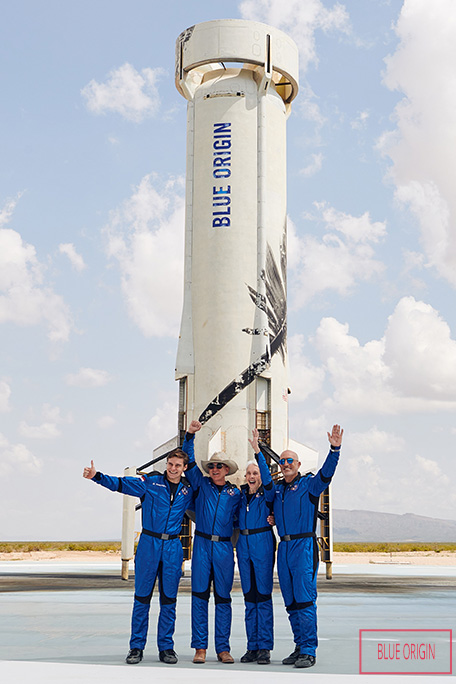 Blasting off into space

As she grew into her old age, despite never becoming an astronaut, Wally still hadn’t given up on her dream of going to space.

"I will get up there somehow," she said in 2019, aged 80, when she was still giving  flying lessons every Saturday.

In 2021, Wally finally got the chance win her astronaut wings as an "honoured guest" of Blue Origin’s NS-16 mission. "No one has waited longer," Jeff Bezos said. "It’s time."

On 20 July 2021 – exactly 52 years to the day after the USA’s Neil Armstrong and Buzz Aldrin became the first men on the Moon – Wally’s four-person crew took off in a rocket in Texas, USA.

They travelled at almost three times the speed of sound, reaching an altitude of around 100 km (62 miles)!

After eventually landing back on Earth, Wally told the cheering crowd, "I want to go again. Fast!"